An Homily or Sermon Concerning Prayer

THERE is nothing in all man’s life, well beloved in our Saviour Christ, so needful to be spoken of, and daily to be called upon, as hearty, zealous, and devout prayer; the necessity whereof is so great, that without it nothing may be well obtained at God’s hand. For, as the Apostle James saith, every good and perfect gift cometh from above, and proceedeth from the Father of Lights:[1] who is also said to be rich and liberal towards all them that call upon him,[2] not because he either will not or cannot give without asking, but because he hath appointed prayer as an ordinary means between him and us.

There is no doubt but that he always knoweth what we have need of[3] and is always most ready to give abundance of those things that we lack. Yet, to the intent we might acknowledge him to be the Giver of all good things, and behave ourselves thankfully towards him in that behalf, loving, fearing, and worshipping him sincerely and truly, as we ought to do, he hath profitably and wisely ordained that in time of necessity we should humble our selves in his sight, pour out the secrets of our heart before him, and crave help at his hands, with continual, earnest, and devout prayer. By the mouth of his holy Prophet David he saith on this wise: Call upon me in the days of thy trouble, and I will deliver thee.[4] Likewise in the Gospel, by the mouth of his well beloved Son Christ, he saith, Ask, and it shall be given you knock, and it shall be opened: for whosoever asketh receiveth; whosoever seeketh findeth ; and to him that knocketh it shall be opened.[5] St. Paul also, most agreeably consenting hereunto, willeth men to pray every where and to continue therein with thanksgiving.[6] Neither doth the. blessed Apostle St. James in this point any thing dissent, but, earnestly exhorting all men to diligent prayer, saith, If any man lack wisdom, let him ask it of God, which giveth liberally to all men, and reproacheth no man.[7] Also in another place: Pray one for another, saith he, that ye may be healed ; for the righteous man’s prayer availeth much, if it be fervent.[8] What other thing are we taught by these and such other places, but only this, that Almighty God, notwithstanding his heavenly wisdom and foreknowledge, will be prayed unto, that he will be called upon, that he will have us no less willing on our part to ask than he on his part is willing to give?

Therefore most fond and foolish is the opinion and reason of those men, which therefore think all prayer to be superfluous and vain, because God searcheth the heart and the reins[9] and knoweth the meaning of the spirit before we ask.[10] For, if this fleshly and carnal reason were sufficient to disannul prayer, then why did our Saviour Christ so often cry to his disciples watch and pray[11]? why did he prescribe them a form of prayer, saying When ye pray, pray after this sort, Our Father, which art in heaven, etc.?[12] why did he pray so often and so earnestly himself before his passion? Finally, why did the Apostles, immediately after his ascension, gather themselves’ together into one several place, and there continue a long time in prayer ?[13] Either they must condemn Christ and his Apostles of extreme folly, or else they must needs grant, that prayer is a thing most necessary for all men at all times and in all places.

Sure it is, that there is nothing more expedient or needful for mankind in all the world than prayer. Pray always, saith St. Paul, with all manner of prayer and supplication, and watch thereto with all diligence.[14] Also in another place he willeth us to pray continually without any intermission or ceasing, meaning thereby that we ought never to slack nor faint in prayer, but to continue therein to our lives’ end.[15] A number of other such places might here be alleged of like effect, I mean, to declare the great necessity and use of prayer: but what need many proofs in a plain matter, seeing there is no man so ignorant but he knoweth, no man so blind but he seeth, that prayer is a thing most needful in all estates and degrees of men? For only by the help hereof we attain to those heavenly and everlasting treasures which God our heavenly Father hath reserved and laid up for us his children in his dear and well beloved Son Jesus Christ, with this covenant and promise most assuredly confirmed and sealed unto us, that, if we ask, we shall receive.[16]

Now, the great necessity of prayer being sufficiently known, that our minds and hearts may be the more provoked and stirred thereunto, let us briefly consider what wonderful strength and power it hath to bring strange and mighty things to pass. We read in the Book of Exodus that Joshua, fighting against the Amalekites, did conquer and overcome them, not so much by virtue of his own strength, as by the earnest and continual prayer of Moses; who as long as he held up hands to God, so long did Israel prevail; but, when he fainted and let his hands down, then did Amalek and his people prevail; insomuch that Aaron and Hur, being in the mount with him, were fain to stay up his hands until the going down of the sun, otherwise had the people of God that day been utterly discomfited and put to flight.[17] Also we read in another place of Joshua himself, how he at the besieging of Gibeon, making his humble petition to Almighty God, caused the sun and the moon to stay their course, and to stand still in the midst of heaven for the space of a whole day, until such time the people were sufficiently avenged upon their enemies.[18] And was not Jehosaphat’s prayer of great force and strength, when God at his request caused his enemies to fall out among themselves and wilfully to destroy one another? Who can marvel enough at the effect and virtue of Elia’s prayer?[19] He, being a man subject to affections as we are, prayed to the Lord that it might not rain, and there fell no rain upon the earth for the space of three years and six months. Again he prayed that it might rain, and there fell great plenty, so that the earth brought forth her increase most abundantly.[20] It were too long to tell of Judith, Esther, Susanna, and of divers other godly men and women, how greatly they prevailed in all their doings by giving their minds earnestly and devoutly to prayer.[21] Let it be sufficient at this time to conclude with the sayings of Augustine and Chrysostom, whereof the one calleth prayer “the key of heaven,” the other plainly affirmeth that “There’s nothing in all the world more strong than a man that giveth himself to fervent prayer.”

Now then, dearly beloved, seeing that prayer is so needful a thing, and of so great strength before God, let us, according as we are taught by the example of Christ and his Apostles, be earnest and diligent in calling on the Name of the Lord. Let us never faint, never slack, never give over; but let us daily and hourly, early and late, in season and out of season, be occupied in godly meditations and prayers. What if we obtain not our petition at the first? Yet let us not be discouraged, but let us continually cry and call upon God: he will surely hear us at length, if for no other cause, yet for very importunity’s sake. Remember the parable of the unrighteous judge and the poor widow[22], how she by her importunate means caused him to do her justice against her adversary, although otherwise he feared neither God nor man. Shall not God much more avenge his elect, saith our Saviour Christ, which cry unto him day and night? Thus he taught his disciples, and in them all other true Christian men, to pray always, and never to faint or shrink. Remember also the example of the woman of Chanaan[23] how she was rejected of Christ, and called dog, as one most unworthy of any benefit at his hands; yet she gave not over, but followed him still, crying and calling upon him to be good and merciful unto her daughter; and at length, by very importunity, she obtained her request. O let us learn by these examples to be earnest and fervent in prayer; assuring ourselves that, whatsoever we ask of God the Father in the name of his Son Christ and according to his will, he will undoubtedly grant it[24]. He is truth itself; and, as truly as he hath promised it, so truly will he perform it. God, for his great mercy’s sake, so work in our hearts by his Holy Spirit, that we may always make our humble prayers unto him, as we ought to do, and always obtain the thing which we ask, through Jesus Christ our Lord. To whom with the Father and the Holy Ghost be all honour and glory world without end. Amen. 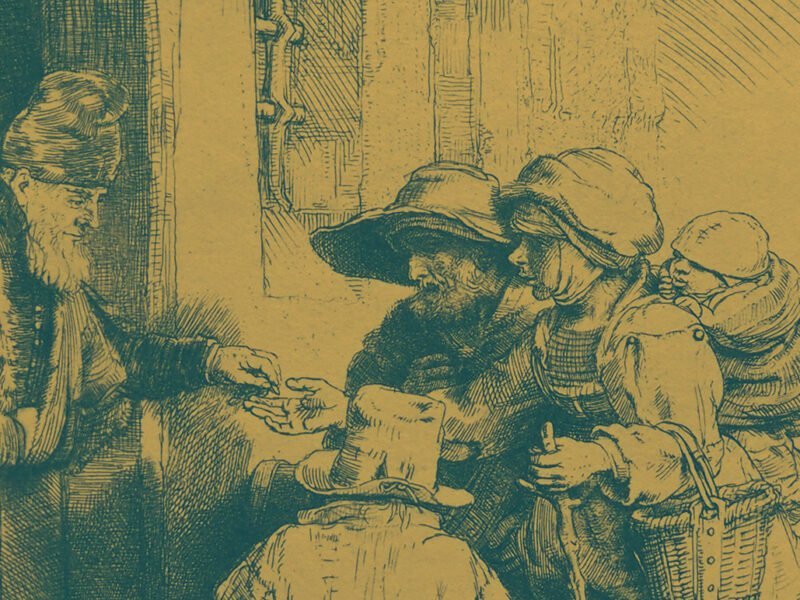 AN HOMILY OF ALMSDEEDS AND MERCIFULNESS PART I A Homily for Good Friday Part I

'An Homily Concerning Prayer Part I' has no comments

This site uses Akismet to reduce spam. Learn how your comment data is processed.